Avoid Glocalner
Posted by Lars Gustafsson at 8:13 AM 1 comment: 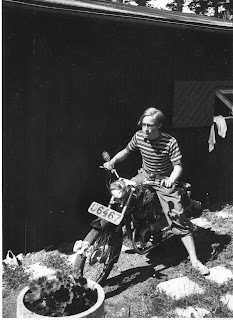 Niclas advice is unfortunately not helpful as I cannot find the way to the place he is talkingabout. Much more detailed instructions are needed or a help telephone number.Otherwie I give up on this advertisements which is a pity bevause they were amusing. LG
Posted by Lars Gustafsson at 7:55 AM No comments:

Labels: The Adertizing that stopped.

The Disappearence of Ads

As the readership might have observed the ads have disappeared from Lars Gustafsson s Blog since beginning of February.This is not the expression of a policy on my part - I rather liked them even if the money -never paid out - seems to be microscopic.I liked to see an ad for furniture at the side of an article on forest devastation etc.

Anyhow,the ads disappeard as sudden as they had come and a careful research into the system, which consists in referring you from a webpage to the next ,in endless procession has given no rational answer.

Attempts at a rational explanation are welcome on this page.

In March the Swedish original edition of my selected and new poems "Elden och döttrarna" will arrive at Atlantis Stockholm.

A German edition,translated by Barbara M Carlson and Verena Reichel in joint translation is contracted with Hanser in Munich.For the English edition contract is still pending.


One afternoon, he was just there.
Totally still
between the lilac and the black currants.
Just like Dürer’s:
its ears longer than its head
and white underneath. Big, mild eyes.

Why was he sitting so still,
frozen into an image in the afternoon light?
Had he a greater confidence
in us than in other people?
What was his reason for that?

Very moved, almost flattered,
I closed the door. Went back.
To mine. The next day
I found him lying
in an odd position,

somewhere between sleeping and embryonic,
by the door of the shed.

in the world and its images.
It was the next day that I realised
that he must be blind.

It was when I found him
drowned and soft like a rag
next to the jetty. What I had
seen as a quiet calm and trust
was blindness and nothing else.

Of the brand Bregott.
And what would you know of that,
margarine mongers?

An Interview with R R Tolkien from OXFORD June 1961

Some of my face book friends have recently expressed a wish to see my Interview withTolkien,published in Dagens Nyheter August 1961 under the title - not chosen by me -"Den besynnerlige Professor Tolkien".

Chinese and Russian vetos in the UN

The Chinese and Russian vetos of the resolution in the UN to stop the Syrian genocide,morally disgusting a it is,has great explanatory power.It is enormously revealing as to how the rulers in China and Russia foresee possible developments in their own countries.
Posted by Lars Gustafsson at 7:14 AM No comments:

In Memory of Wislawa Szymborska 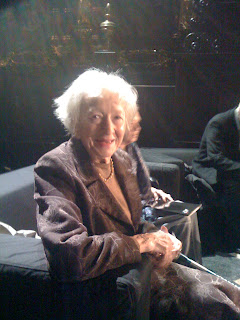 Wislawa Szymborska,one of the truly great poets in my generation and a lovely lady has left us.And left the impressive ,fascinating landscape of Polish and central European Poetry.

My photo was taken at our reading together in Krakow on May 25th 2011.
Posted by Lars Gustafsson at 11:09 AM No comments: